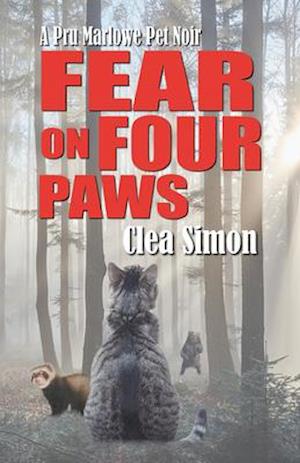 There's trouble brewing in the woods of Beauville, and the only witness isn't talking.

When Pru Marlowe is called to a forest clearing to help with an illegally trapped bear, she finds a colleague passed out drunk, his pet ferret locked in his truck. When one of her old running buddies turns up dead as well and then the town's pampered pets begin to disappear, Pru can't tell if her heavy-drinking colleague is involved--or how much the ferret, a wise little creature called Frank, knows. Frank's not communicating--even to her--and for once the bad-girl animal psychic is at a loss.

The offer of a job--and maybe something more--from a hunky warden only complicates Pru's life as she goes on her rounds between her small Berkshires hometown and the woods that lie beyond. And although her crotchety tabby, Wallis, would have her make some changes in what has become a familiar routine, Pru knows her special skills set her apart as the only one who can shed light on these crimes--and save the animals at risk.

But as the mysteries pile up, Pru is forced to admit that even a city-hardened animal communicator can't understand everything that's going on, and that a small town may be as dangerous as the darkest woods when a predator is on the prowl.

"Watch this series closely. It could well sprint to the top of the animal-cozy genre." --Booklist STARRED review for Dogs Don't Lie

"Clea Simon does an excellent job of mixing humor, romance, and mystery into one coherent and exciting tale." --San Francisco Review of Books for When Bunnies Go Bad