Fear and Loathing in Fitzrovia 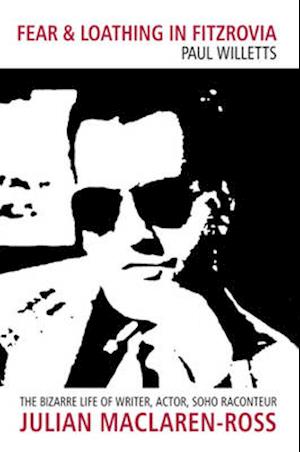 Since the first publication of 'Fear and Loathing in Fitzrovia' in 2003 there has been a resurgence of interest in his ground-breaking work and flamboyant personality. Synonymous though he is with Soho, his uniquely strange life included spells in the army and on the French Riviera. So chaotic was his existence that he makes Jack Kerouac and Charles Bukowski appear models of stability and self-restraint. During fifty-two hectic years Maclaren-Ross endured alchoholism, drug-induced psychosis, poverty, homelessness, imprisonment, near insanity and a Scotland Yard man-hunt. At one stage he even stalked and planned to murder George Orwell's glamorous widow. 'Fear and Loathing in Fitzrovia' provides a vibrant and justly acclaimed portrait of Maclaren-Ross and the world he inhabited.

Forfattere
Bibliotekernes beskrivelse Invariably clad in a sharp suit, augmented by dark glasses and a cigarette-holder, Julian Maclaren-Ross was a celebrated figure in mid-twentieth century Soho's pub and club scene. He was also one of his generation's most brilliant writers, admired by the likes of Evelyn Waugh, Anthony Powell, Cyril Connolly and Lucian Freud.