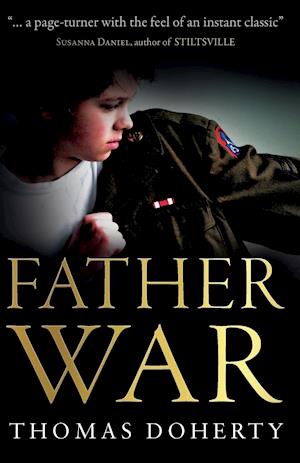 A long-forgotten jungle campaign takes on new life in the troubled mind of John Spenser, a missing soldier's son. Determined to restore the reputation of the scape-goated general who led the campaign, Spenser comes across a figure large enough to fill the shoes of his absent father. Out of the distant past, that "missing" soldier shows up hoping to heal old wounds, a homecoming that does not end well - for him, his son, or the woman he left behind. "It's not every day that I read a story about a man on the run with his recently deceased wife's ashes on the shotgun seat of a rental car, but Tom Doherty's swift, engrossing novel about a guy for whom life has proceeded mostly without complications - until he finds himself reckoning with his own damaging history - is a page-turner with the feel of an instant classic." -- Susanna Daniel, author of the PEN award winning novel, STILTSVILLE. "With one master-stroke after another, Thomas Doherty paints a picture so engaging and framed with such modest eloquence, that FATHER WAR reads like a compact, Americanized WAR AND PEACE. Whether writing about jungle combat, horse cavalry drills in the 1930s, or the denizens of a long-abandoned army training camp, Doherty is unflinchingly observant and psychologically at his characters' very hearts." -- Eric Larsen, author of AN AMERICAN MEMORY, winner of the Chicago Tribune's Heartland Prize.

Forfattere
Bibliotekernes beskrivelse Jack Hagan sailed off to war expecting Hell in the Pacific only to discover paradise in Australia. Decades later he returned home to the Midwest expecting forgiveness and a warm reunion. Wrong again. A boy sets out to follow in the path of his fallen father - duty, honour, country.