Fantasy, Reality, and the Word of God 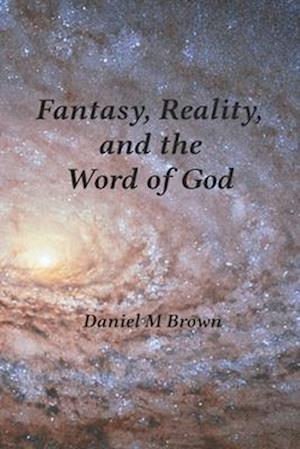 Fantasy is opposed to reality. Fantasy is a product of sinful human imagination that rejects God's law. Men engage in fantasy as a means of entertainment or escape from reality and responsibility. The root of all idolatry is a fantasy that seeks to control the "gods" or control spiritual reality according to one's own imagination. Fantasy rejects the reality that God is God and man is not, and engages in pagan magic, superstition, and mysticism. It then stimulates fear of Satan, rather than fear of God, and becomes destructive of human society. Indeed, history shows that the torture and murder of tens of thousands of innocent people during the Inquisition of the 15th and 16th centuries was a direct result of Church leaders studying pagan Greek fantasies. When does human imagination become illicit fantasy? How does God limit our imaginations? What are the boundaries of man's reality and does God forbid man to peer into realities beyond those boundaries? This book explores these very important questions. The Protestant Reformation dealt with these very same issues, proclaiming that the Word of God is our only inerrant and infallible authority for all of faith and practice. The Word of God is our only foundation for all reality, including both spiritual and physical reality. The Protestant Reformation dealt a major death blow to pagan fantasy religion, and thus set western civilization on a path to real scientific and technological advancement that the rest of the pagan world never experienced. Pagan fantasy has always been a hindrance to scientific advancement over the entire history of man. But where the reality of the Word of God is proclaimed and obeyed, real science has made major progress. Unfortunately, many in the Church today are returning to pagan fantasy religion and its pseudoscience. Not surprisingly, we are now seeing the rotten fruit of that return to pagan fantasy religion and pseudoscience in the Church.