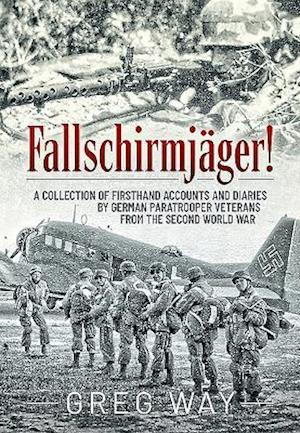 Paratroopers or Fallschirmjager as they are known in German, were the elite parachute troops (Fallschirmtruppe) of the Luftwaffe during the Second World War. Although the Americans and Italians, and to a greater extent, the Russians had experimented with airborne troops, it was the Germans who pioneered vertical envelopment using parachute, glider-borne and air-landed troops to conduct successful airborne operations in the early stages of the war. The man considered as the innovator and father of the German airborne forces was General Kurt Student and his vision would add a new dimension to warfare inspiring both the British and Americans to develop their own airborne forces.The newly raised Fallschirmjager formations took part in airborne and glider operations from April to May 1940 in Norway, Denmark, Belgium and Holland to attack and hold vital airfields, bridges and in one case an impregnable Belgian redoubt in support of ground operations in the west. On 20 May 1941, Fallschirmjager formations would take part in their largest airborne assault of the war, Operation Mercury, the airborne invasion of Crete. Due to the heavy losses incurred during this operation, Hitler vetoed any further large scale airborne operations. With the exception of several small scale parachute and glider missions, Fallschirmjager were mainly utilised as elite infantry for the remainder of the war fighting on all fronts and often used as a fire brigade to support conventional forces.This book is the result of several years of written correspondence, telephone interviews and meetings with veteran Fallschirmjager between 1999 and 2006 and contains the memoirs of seventeen pre to mid-war volunteers and one late war conscript.The following stories and diaries feature vivid battlefield memories that reflect the reality of war. On the other hand many of the stories convey the lighter hearted moments or gallows humour that has remained etched in their memories. The one common factor shared by almost all of these men is captivity, whether captured during bitter fighting or surrendering at the end of hostilities. These men and thousands like them would be shipped off to POW camps in the USA, Britain and France until their repatriation, in some cases from several months to several years after the end of the war.Their words provide a fascinating insight into their training, combat, capture and subsequent captivity, creating an important historical record of their military service during the Second World War. Sadly, many of these men have now passed away and oral histories such as these now belong to an ever decreasing number of elderly veterans.There are several excellent publications that utilise extracts from veteran's first-hand accounts to compliment the historical text of a battle or campaign. Rarely do you see a book purely containing veterans oral histories describing their military experience from their personal perspective and in their own words.The veterans featured in this book took part in the both the airborne operations and ground campaigns on many fronts during the war from the heat of Crete and Africa to the frozen battlefields of Russia and East Prussia and from the fields and hedgerows of Normandy to the mountains of Italy. Their words provide a fascinating insight into their training, combat, capture and subsequent captivity, creating an important historical record of their military service during the Second World War.

Forfattere
Bibliotekernes beskrivelse A collection of first-hand accounts and diaries by German Paratroopers that convey the reality of war experienced by veterans of this elite wartime formation. 230 b/w photos, 8pp colour section