indgår i serie JEWISH IDENTITIES IN A CHANGING WORLD 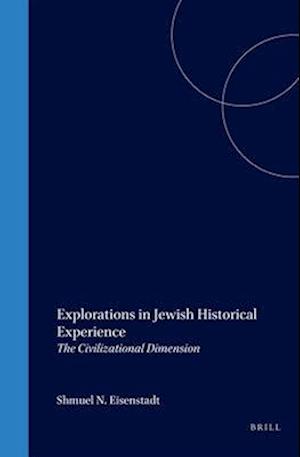 This volume brings together several of Prof. S.N. Eisenstadt's essays written over the years on Jewish history and identity.

The major argument of the essays follows the Weberian view of Jewish historical experience as that of a distinct civilization, as a distinct Great Religion, the first monotheistic civilization - without, however, accepting many of Weber's concrete analyses. The core of the argument that underlies these essays is, that the best way to understand the Jewish experience is to look on Jews not just as a religious or ethnic group, nation or "people", although they have been all of these, but as bearers of a distinct civilization.

These essays examine the historical experience of the Jewish people and communities in ancient medieval and modern times in the framework of such civilizational analysis in which special attention is given to the analysis of Israeli society and to the continual changing place of Israel in a central component of Jewish identity, in line with the different historical experience and collective agendas of the Jewish communities.