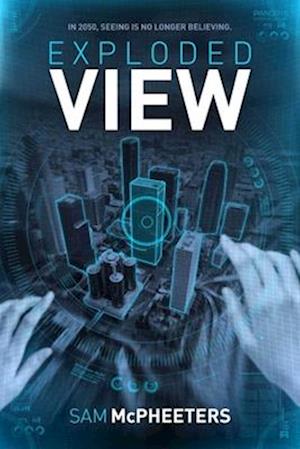 It's 2050, and LAPD Detective Terri Pastuzka has drawn the short straw with her first assignment of the new decade. Someone has executed one of the city's countless immigrants, and no one (besides the usual besieged advocacy groups) seems to much care. Even Terri herself is already looking ahead to her next case before an unexpected development reveals there's far more to this corpse than meets the eye. And a lot already meets the eye. In a city immersed in augmented reality, the LAPD have their own superior network of high-tech eyewear--PanOpts, the ultimate panopticon--allowing Terri instant access to files and suspects and literal insertion into the crime scene using security footage captured from every angle the day the murder occurred. What started as a single homicide turns into a string of unsolved murders that tie together in frightening ways, leading Terri down a rabbit hole through Los Angeles's conflicting realities--augmented and virtual, fantastically rumored and harrowingly true--towards an impossible conclusion. Exploded View is the story of a city frozen in crisis, haunted by hardship and overwhelmed by refugees, where technology gives everyday citizens the power to digitally reshape news in real time, and where hard video evidence is impotent against the sheer, unrelenting power of belief. After all, when anyone can forge their own version of the truth, what use is any other reality? Skyhorse Publishing, under our Night Shade and Talos imprints, is proud to publish a broad range of titles for readers interested in science fiction (space opera, time travel, hard SF, alien invasion, near-future dystopia), fantasy (grimdark, sword and sorcery, contemporary urban fantasy, steampunk, alternative history), and horror (zombies, vampires, and the occult and supernatural), and much more. While not every title we publish becomes a New York Times bestseller, a national bestseller, or a Hugo or Nebula award-winner, we are committed to publishing quality books from a diverse group of authors.