Excavations Between Abu Simbel and the Sudan Frontier, Part 1 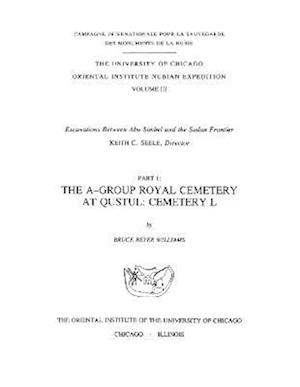 This volume is the first of twelve scheduled to present the materials excavated under the direction of Professor Keith C. Seele in a concession that extended from the Abu Simbel temples to the Sudan frontier in two seasons, 1962-63 and 1963-64. It presents, in detail, Cemetery L at Qustul, which is a small cemetery containing unusually large and wealthy tombs of A-Group. The tombs, badly plundered and fire damaged, contained pharaonic images on A-Group objects, indicating that they belonged to rulers from the period before Egypt's First Dynasty. Many finds are unique; decorated objects give direct evidence in context for the date of famous carved stone and ivory objects from early Egypt. This lavishly illustrated volume details the elaborate A-Group painted pottery and decorated objects as well as more common finds, with individual chapters on the tombs, pottery, small objects, epigraphy, and a discussion of the special importance of Cemetery L in early Nubia with its possible role in the development of pharaonic Egypt.