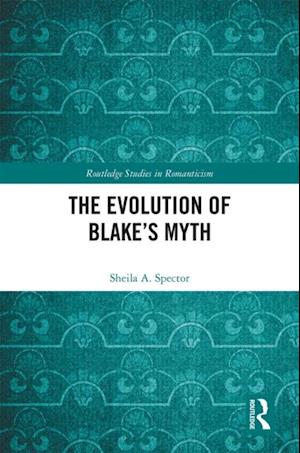 Interpreting Blake has always proved challenging. Hermeneutics, as the on-going negotiation between the horizon of expectations and a given text, hinges on the preconceptions that structure thought. The structure, in turn, is derived from myth, a cultural narrative predicated on a particular set of foundational principles, and organized in terms of the resulting symbolic form. The primary impediment to interpreting Blake has been the failure to recognize that he and much of his audience have thought in terms of two radically different myths.In The Evolution of Blake's Myth, Sheila A. Spector establishes the dimensions of the myth that structures Blake's thought. In the first of three parts, she uses Jerusalem, Blake's most complete book, as the basis for extrapolating the components of the consolidated myth. She then traces the chronological development of the myth from its origin in the late 1780s through its crystallization in Milton. Finally, she demonstrates how Blake used the myth hermeneutically, as the horizon of expectations for interpreting not only his own work, but the Bible and the visionary texts of others, as well.