- A Compact History of Infinity (And) 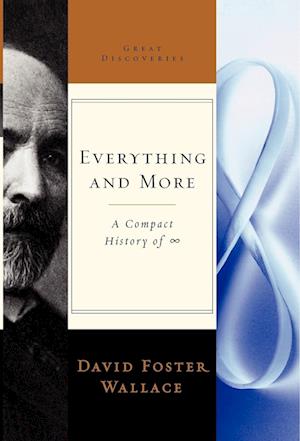 One of the outstanding voices of his generation, David Foster Wallace has won a large and devoted following for the intellectual ambition and bravura style of his fiction and essays. Now he brings his considerable talents to the history of one of math's most enduring puzzles: the seemingly paradoxical nature of infinity. Is infinity a valid mathematical property or a meaningless abstraction? The nineteenth-century mathematical genius Georg Cantor's answer to this question not only surprised him but also shook the very foundations upon which math had been built. Cantor's counterintuitive discovery of a progression of larger and larger infinities created controversy in his time and may have hastened his mental breakdown, but it also helped lead to the development of set theory, analytic philosophy, and even computer technology. Smart, challenging, and thoroughly rewarding, Wallace's tour de force brings immediate and high-profile recognition to the bizarre and fascinating world of higher mathematics.