- England's Football Future on the Line 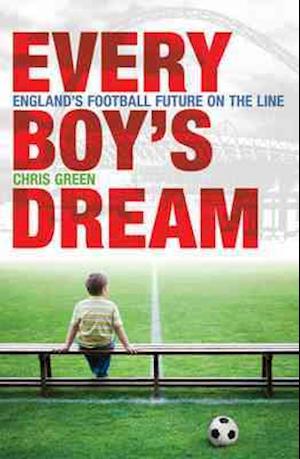 Short listed for the Best Football Book in the 2010 British Sport Book Awards The way Britain develops its top football talent is a hot topic of debate. The failure of all four of the UK's national teams to reach the 2008 European Championships and the ever-increasing reliance of England's top clubs on foreign talent underlines an undisputable fact: that Britain now lags well behind the world's top countries in producing the best footballers, despite having the wealthiest league in the world and untold riches at the game's disposal. Every Boy's Dream: England's Football Future on the Line investigates why - despite unprecedented expenditure on a huge overhaul of youth development in the past decade - British football continues to fail to nurture top-class football talent. With some 10,000 boys in the system at any time - and less than one per cent of those boys likely to make it as professional footballers - there is a real need for a long, hard look at our domestic football development system. Who funds the system? How are the boys recruited? Who is responsible for their coaching and what qualifications do they have for the job?Who looks after their welfare, ensuring they are enjoying the sport and still keeping up with their schooling while under the clubs' stewardship? What happens when the boys don't make the cut and are released by the clubs? Every Boy's Dream does not pull any punches. It lays the blame at the doors of the authorities in charge of youth football. But, rather than just listing the faults of system - which are many, as the hard-hitting real-life examples demonstrate - it provides tales of inspiration and a blueprint for the future of the national game. It is the most thorough book ever written about football youth development, and cracks through the age-old veneer of perceived wisdom that has stifled debate on the subject.

Forfattere
Bibliotekernes beskrivelse Every Boy's Dream: England's Football Future on the Line examines football youth development at a time when the national teams often struggle to qualify for international tournaments. With the wealthiest league in the world and untold riches at its disposal, why does British football continue to fail to nurture top-class homegrown talent?PRIZES:Short-listed for British Sports Book Awards: Best Football Book 2010