European Union at an Inflection Point

- (Dis)integrating or the New Normal? 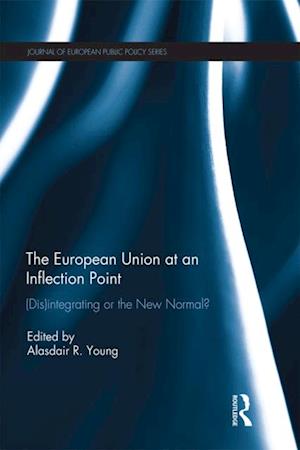 The cutting-edge contributions to this book analyse different facets of the European Union (EU): closer integration among the member states, policymaking within a 'normal' political system, and the implications of European integration for its member states. This book also considers whether the challenges currently confronting the EU - the lingering Eurozone debt crises, the migrant/refugee crisis, the British decision to leave the EU, and terrorist attacks in Belgium, France and Germany - mark an inflection point for the Union and for the study of the EU. For the first time, 'less Europe', rather than closer integration, has emerged as a serious option in response to crisis. This possibility reignites questions of (dis)integration and calls into question the assumption of the EU as a 'normal' political system. This book was originally published as a special issue of the Journal of European Public Policy.