- The Story of a Pakistani Prisoner of War in India 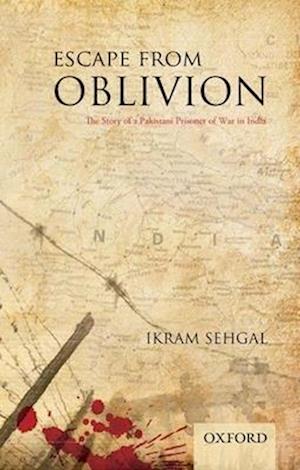 Ikram Sehgal, a Pakistani Army officer, became a prisoner of war (POW) in India in peculiar circumstances after he was handed over to the Indians after the rebellion in East Pakistan in 1971. Along with officers and other ranks of mostly non-Bengali origin, he was held in an Indian POW Camp that was established in April 1971 despite the fact that the India-Pakistan War that led to the creation of Bangladesh did not break out until December 1971. These 100 or so POWs remained undeclared by Indiathroughout 1971. Kept in solitary confinement he escaped on the 100th day of captivity, becoming the first Pakistani Army officer to successfully break out from an Indian POW camp in history.Made from original notes taken during the period of de-briefing on return to Pakistan, this fascinating book gives an insider's account of conditions in Indian custody. It is a spell-binding and gripping tale of individual courage, of disparate friendships made in very adverse circumstances and the will to survive.

Forfattere
Bibliotekernes beskrivelse The first Prisoner of War (PW) to have escaped from an Indian PW Camp in Pakistan's history, Ikram Sehgal's narration about his incarceration and eventual escape in 1971 is dark account of life in Indian custody, yet at times is surprisingly humorous and captures the never-say-die human spirit.