- A Cross-Cultural Approach to Virtue Epistemology 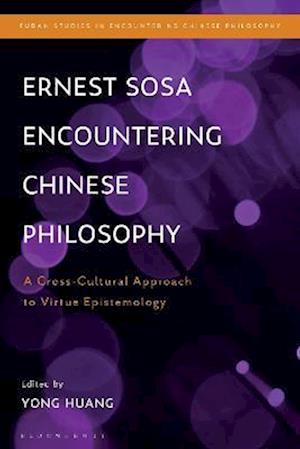 A major figure in the Anglo-American analytic tradition, Ernest Sosa is a pioneer of contemporary virtue epistemology. Engaging with his important work for the first time, a team of renowned scholars of Chinese philosophy bring Western analytic epistemology into dialogue with themes and issues in the history of the Chinese tradition in order to reveal multiple points of connection.Drawing on thinkers and texts from Confucianism, Daoism, and Chinese Buddhism, chapters explore issues central to virtue epistemology, such as the reliabilist and responsibilist divide, the distinction between virtues constitutive of knowledge and virtues auxiliary to knowledge, epistemic competence, and the role of testimony. Including Sosa's constructive and systematic responses to each scholar's interpretation of his work, this volume demonstrates the value of cross-cultural dialogue, advancing the field of virtue epistemology, and paving the way for further engagement between philosophical traditions.