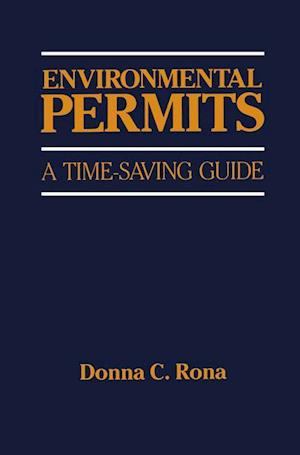 Environmental permits enable regulatory agencies to control the disturbance and degradation of the environment caused by man's activities. Created by governments through legislation, the permit processes are administered by elected officials. Environmental legislation is relatively new as an independent field of the law: the laws themselves are primarily a conglomeration of older legal doctrines from other fields of law, modified and adapted for particular situations (Landau and Rheingold 1971). Like other laws, environmental laws are meant to serve and protect the rights and well-being of the public. However, like other laws, they have created confusion, a proliferation of costly paperwork, and some inequities. Numerous statutes, dealing with most aspects of pollution, exist at every level of government-so many, in fact, that they frequently conflict and overlap. These statutes establish a public policy toward polluters. They also empower the regulatory bodies that issue permits. It would be impossible to compile a list of requirements for each type of permit. Therefore, this book will acquaint the reader with the common aspects of environmental permits: their terminology, components, and application processes. This book covers the permit process from initial agencies/applicant contacts through application parts and procedures, to application approval. Special emphasis has been placed on bringing together copies of laws and lists of agencies as appendices. The appendices give the reader easy access to materials that will help clarify the permit process.