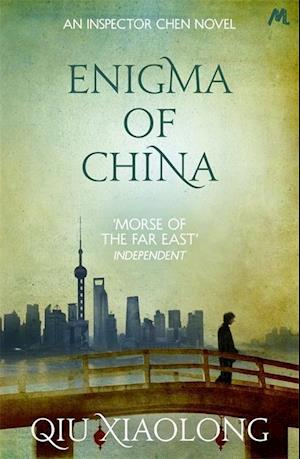 Chief Inspector Chen Cao never had a choice about his career. A poet by training, he was assigned to the Shanghai Police Department after college. To his own surprise, he became an excellent detective, and now he's in line to take over the top political position in the department. Which is why the Party has chosen him for the investigation into the death of Zhou Keng. Zhou Keng was running the Shanghai Housing Development Committee when a number of his corrupt practices were exposed. Removed from his position and placed into detention, he apparently hanged himself while under guard.The Party is anxious to have Zhou's death declared a suicide, but the sequence of events doesn't quite add up. Now Chen will have to decide what to do - follow the party line, or seek the justice his position requires and risk angering powerful people...

Forfattere
Bibliotekernes beskrivelse The eighth novel in Qiu Xiaolong's acclaimed Chinese crime series sees Inspector Chen confronted by a terrible choice between Party politics or his principles - with his career at stake.