Emotions in Non-Fictional Representations of the Individual, 1600-1850

- Between East and West 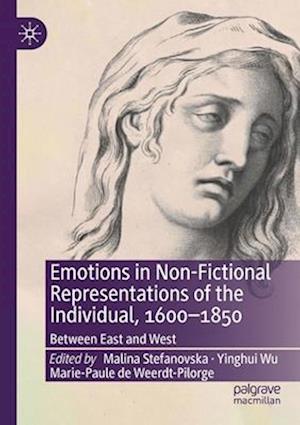 This book addresses the distinct representations of emotions in non-fictional texts from the seventeenth to the mid-nineteenth century (1600-1850). Focusing on memoirs, autobiographies, correspondences and conduct manuals, it argues that in those writings, passions and emotions are differently expressed than in fiction. It also offers a comparative study of texts from cultures as diverse as English, French, Korean and Chinese, and of emotions in relation to genre, identity, and morality during significant cultural transformation of the early modern period. This book is distinctive in its choice of non-fictional genres, its period, and its cross-cultural approach. It can benefit scholars interested in exploring emotion as a historical and cultural product, and in enriching their knowledge of an emerging scholarly direction: studies in self-narratives (autobiography, memoirs, dream narratives, letters, etc.) often insufficiently explored in earlier historical periods.