- A Biography of Britain's Queen 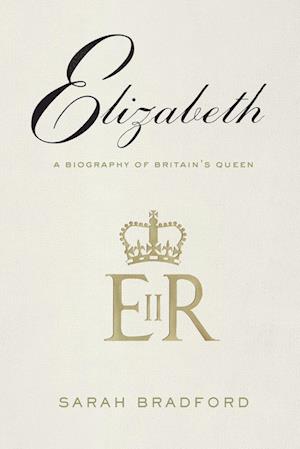 Sarah Bradford's Elizabeth is the definitive biography of the Queen, revealing the real woman behind the public figure - now celebrating her 90th birthday Sarah Bradford unravels Elizabeth's family secrets - how she was influenced by her father; her troubled relationships with her children; the story of her difficult marriage; and how this remarkable monarch has coped with the pressures of being a mother who is also the most famous woman in the world. 'The only book that could overtake it is the autobiography, which in this case will never be written' Spectator 'Bradford's forte, ever since she was a history-mad girl, is thinking herself into other lives' Daily Telegraph Sarah Bradford is a historian and biographer. Her books include Cesare Borgia (1976), Disraeli (1982), winner of the New York Times Book of the Year, Princess Grace (1984), Sacherevell Sitwell (1993), Elizabeth: A Biography of Her Majesty the Queen (1996), America's Queen: The Life of Jacqueline Kennedy Onassis (2000), Lucrezia Borgia (2005) and Diana (2007). She frequently appears on television as an authority on her biographical subjects and as a commentator on notable royal events. She is currently working on a full scale biography of Queen Victoria. She lives in London.