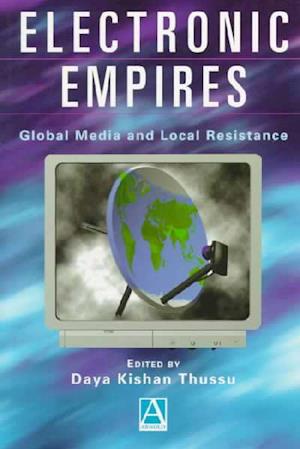 New communication technologies and the opening up of global markets are transforming the world's media and cultural industries. Colonising the imagination of consumers worldwide, the virtual empires of the electronic age have a profound effect on national media systems and cultural sovereignty. This book centres on current debates on globalization, the public sphere, and the potential of the Internet for empowerment. Written by a group of internationally renowned scholars in the field, it looks at the effects of large transnational media corporations - from the US and Europe to Asia, the Middle East and Australia - on national and regional media. Chapters include a detailed and up-to-date analysis of the world's three largest media corporations and an assessment of the implication for the 'majority world' of the changing contours of global television news. Exploring the question of whether media globalization is helping create a global public sphere, the book also offers alternative regional and gender based perspectives on globalization, as well as a strongly argued case for the relevance of a reformulated thesis of media imperialism.Case studies by media professionals and activists on the ground offer examples of how the process of media globalization is being negotiated and resisted.