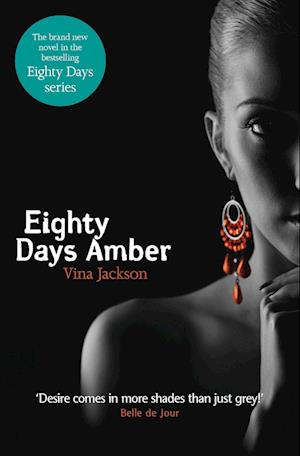 Another scorching entry in Vina Jackson's Eighty Days series delves into the backstory of Luba, the mysterious, blond Russian beauty who danced her way into mischief in the original trilogyIn her youth, Russian dancer Luba fell for a bad man: a handsome but dangerous rare amber dealer who would disappear for months on end but expect Luba to drop everything when he called. Despite all this, Luba could not deny her attraction to the seductive Chey, but their passionate, turbulent relationship came to an end when Luba discovered a shocking secret about her lover and fled from Russia. From elite private clubs in New Orleans to the London mansion of enigmatic rock star Viggo Franck, Luba embarks on a journey of self-discovery, embracing the exciting, enticing experiences that her life as a dancer brings. Her adventures introduce her to a fiery, flame-haired violinist, Summer, whom readers will know from the original Eighty Days trilogy, and Lauralynn, a woman with decidedly dark desires. But can this new life ever truly satisfy Luba, or will she forever crave the one man she knows isn't good for her?