Effect of intercropping on soil properties and plants

- Verworner, B: Effect of intercropping on soil properties and 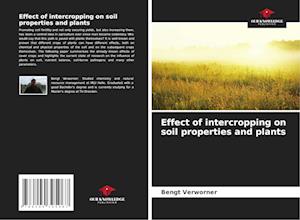 Promoting soil fertility and not only securing yields, but also increasing them, has been a central idea in agriculture ever since man became sedentary. Who would say that this path is paved with plants themselves? It is well known and proven that different crops of plants can have different effects, both on chemical and physical properties of the soil and on the subsequent crops themselves. The following paper summarises the already known effects of cover crops and highlights the current state of research on the influence of plants on soil, nutrient balance, soil-borne pathogens and many other parameters.