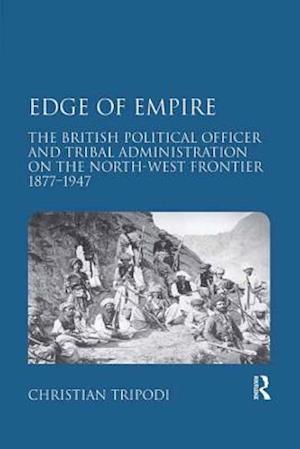 Britain's often rather ad hoc approach to colonial expansion in the nineteenth century resulted in a variety of imaginative solutions designed to exert control over an increasingly diverse number of territories. One such instrument of government was the political officer. Created initially by the East India Company to manage relations with the princely rulers of the Indian States, political offers developed into a mechanism by which the government could manage its remoter territories through relations with local power brokers; the policy of 'indirect rule'. By the beginning of the twentieth century, political officers were providing a low-key, affordable method of exercising British control over 'native' populations throughout the empire, from India to Africa, Asia to Middle East. In this study, the role of the political officer on the Western Frontier of India between 1877-1947 is examined in detail, providing an account of the personalities and mechanisms of colonial influence/tribal control in what remains one of the most unstable regions in the world today. It charts the successes, failures, dangers and attractions of a system of power by proxy and examines how, working alone in one of the most dangerous and lawless corners of the Empire, political officers strove to implement the Crown's policies across the North-West Frontier and Baluchistan through a mixture of conflict and collaboration with indigenous tribal society. In charting their progress, the book provides a degree of historical context for those engaging in ambitious military operations in the same region, seeking to increasingly rely on the support of tribal chiefs, warlords and former enemies in order for new administrations to function. As such this book provides not only a fascinating account of key historical events in Anglo-Indian colonial history, but also provides a telling insight and background into an increasingly seductive aspect of contemporary political and military strategy.