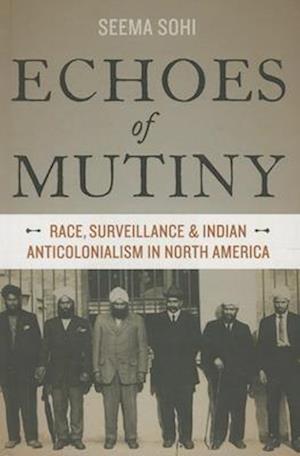 How did thousands of Indians who migrated to the Pacific Coast of North America during the early twentieth century come to forge an anticolonial movement that British authorities claimed nearly toppled their rule in India during the First World War? Seema Sohi traces how Indian labor migrants, students, and intellectual activists who journeyed across the globe seeking to escape the exploitative and politically repressive policies of the British Raj, linkedrestrictive immigration policies and political repression in North America to colonial subjugation at home. In the process, they developed an international anticolonial consciousness that boldly confronted the British and American empires. Hoping to become an important symbol for those battling against racialoppression and colonial subjugation across the world, Indian anticolonialists also provoked a global inter-imperial collaboration between U.S. and British officials to repress anticolonial revolt. They symbolized the hope of the world's racialized subjects and the fears of those who worried about the global disorder they could portend. Echoes of Mutiny provides an in-depth and transnational look at the deeply intertwined relationship between anti-Asian racism, Indian anticolonialism, and stateantiradicalism in early twentieth century U.S. and global history. Through extensive archival research, Sohi uncovers the dialectical relationship between the rise of Indian anticolonialism and state repression in North America and demonstrates how Indian anticolonialists served as catalysts for theimplementation of restrictive U.S. immigration and antiradical laws as well as the expansion of state power in early twentieth century India and America. Indian migrants came to understand their struggles against racial exclusion and political repression in North America as part of a broader movement against white supremacy and colonialism and articulated radical visions of anticolonialism that called not only for the end of British rule in India but the forging of democracies across theworld.

Forfattere
Bibliotekernes beskrivelse Echoes of Mutiny explores how the challenges of Indian migrants to racial exclusion in the United States and Canada and British supremacy at home provoked a global inter-imperial collaboration between U.S. and British officials to repress those deemed a threat to the racial and imperial world order. 8 illus.