- My Unlikely Journey to Ultramarathon Greatness 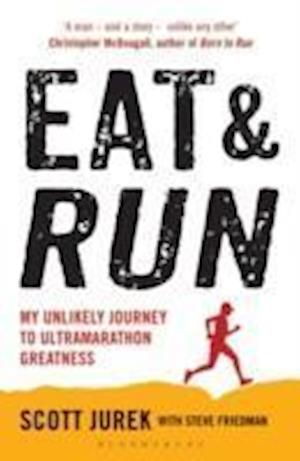 'Run until you can't run anymore. Then run some more. Find a new source of energy and will. Then run even faster.' The words of Scott Jurek, a dominant force - and darling - in the gruelling and growing sport of ultrarunning for more than a decade. In 1999, as a complete unknown, he took the lead in the Western States Endurance Run, a 100-mile jaunt over the Gold Rush trails of America's Sierra Nevada. He went on to win that race seven years in a row. Jurek was also one of the elite runners who travelled to Mexico to run with the Tarahumara Indians, as profiled in the international bestseller Born to Run. His accomplishments are nothing short of extraordinary. In Eat and Run, Jurek opens up about his life and career as an elite athlete, and about the vegan diet that is key to his success. From his Midwestern childhood of hunting and fishing to his slow transition to ultrarunning and veganism, to his epic, record-breaking races, Jurek's story shows the power of an iron will and the importance of thinking of food as fuel. Full of stories of endurance and competition as well as practical advice and some of his original recipes, Eat and Run will motivate people to go the distance, whether that means getting out for a first run, expanding your food horizons, or simply exploring the limits of human potential.