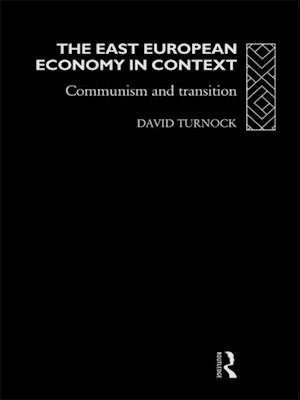 Since 1989 the former communist countries of Eastern Europe have witnessed a profound and dramatic upheaval. The economic coherence of this region, formerly maintained through the adoption of the Soviet system of government, has fractured. In The East European Economy in Context: Communism and Transition, David Turnock examines the transition from communist to free-market economies, both within and between the states of Eastern Europe. As well as containing an informative survey of the impact of communism, The East European Economy in Context provides* Political profiles of individual countries* A clear study of the contrasts between northern and balkan groups* Summaries of regional variations in the transition process* An exploration of the new state structures and resources* Discussion of political stability, inter-ethnic tensions and progress in economic change