Dreams, Healing, and Medicine in Greece

- From Antiquity to the Present 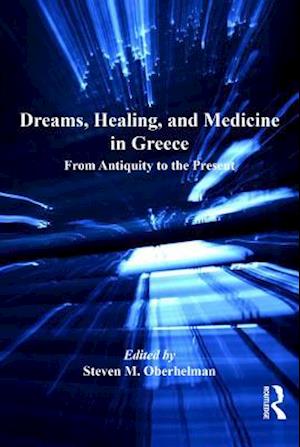 This volume centers on dreams in Greek medicine from the fifth-century B.C.E. Hippocratic Regimen down to the modern era. Medicine is here defined in a wider sense than just formal medical praxis, and includes non-formal medical healing methods such as folk pharmacopeia, religion, 'magical' methods (e.g., amulets, exorcisms, and spells), and home remedies. This volume examines how in Greek culture dreams have played an integral part in formal and non-formal means of healing. The papers are organized into three major diachronic periods. The first group focuses on the classical Greek through late Roman Greek periods. Topics include dreams in the Hippocratic corpus; the cult of the god Asclepius and its healing centers, with their incubation and miracle dream-cures; dreams in the writings of Galen and other medical writers of the Roman Empire; and medical dreams in popular oneirocritic texts, especially the second-century C.E. dreambook by Artemidorus of Daldis, the most noted professional dream interpreter of antiquity. The second group of papers looks to the Christian Byzantine era, when dream incubation and dream healings were practised at churches and shrines, carried out by living and dead saints. Also discussed are dreams as a medical tool used by physicians in their hospital praxis and in the practical medical texts (iatrosophia) that they and laypeople consulted for the healing of disease. The final papers deal with dreams and healing in Greece from the Turkish period of Greece down to the current day in the Greek islands. The concluding chapter brings the book a full circle by discussing how modern psychotherapists and psychologists use Ascelpian dream-rituals on pilgrimages to Greece.