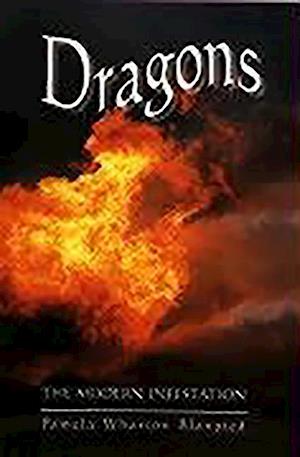 Pre-medieval dragons are a staple of Western culture, familiar through bestiaries, folklore and the framework of meaning provided by the church. Dragons of the Modern Infestation, however, must be known through a scientific term: verminology. The purpose of this monograph is to make available to the general public the fruits of verminological research which began shortly after the first modern sightings, in the hope of fostering a better understanding of the risks inherent in dragon/human contact, and a deeper appreciation of the beauty and complexity of these beasts. The book introduces their basic anatomy, habits, recreation, preferences in food, and their legendary lust for treasure; it covers their mating rituals and their care for their young, and, importantly, the Mime, the means by which the dragons pursue their prey and invade even the most densely populated cities. Dragon language is discussed, and the controversial possibility of dragon/human communication. Dragons draws freely from the work of the major verminologists, such as Philomel St James and Philip Marsden; excerpts from their private papers, field notes and journals give the reader the sense of what it is like to study dragons at firsthand. Thisis the first edition in the United Kingdom; it includes an updated preface and several new photographs, as well as the charts, graphs, maps, and bibliographic detail that made the 1980 edition the standard reference for the Modern Infestation. PAMELA WHARTON BLANPIED has been watching dragons since the first incidents of the Modern Infestation occurred, and has an unrivalled knowledge of the scientific literature on the subject. She is now recognised as the leading authority in this field.

Forfattere
Bibliotekernes beskrivelse Dragons: what they are, where they originate, their impact on the future of man and what to do if one lands on your roof.