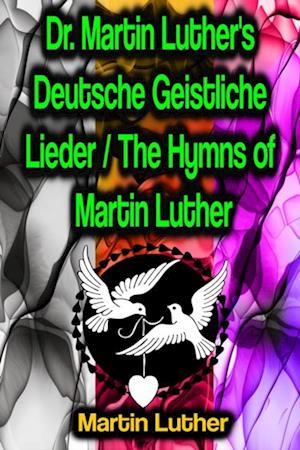 Dr. Martin Luther's Deutsche Geistliche Lieder / The Hymns of Martin Luther Martin Luther - The language of the Roman Church and Empire was the sacred language in comparison with which the languages of men's common speech were reckoned common and unclean. The coming-in of the Reformation was the awakening of individual life, by enforcing the sense of each man's direct responsibility to God; but it was equally the quickening of a true national life. In the light of the new era, the realization of the promise of the oneness of the Church was no longer to be sought in the universal dominance of a hierarchical corporation; nor was the 'mystery' proclaimed by Paul, that 'the nations were fellow-heirs and of one body,' to be fulfilled in the subjugation of all nations to a central potentate. According to the spirit of the Reformation, the One Church was to be, not a corporation, but a communion - the communion of saints; and the unity of mankind, in its many nations, was to be a unity of the spirit in the bond of mutual peace.The two great works of Martin Luther were those by which he gave to the common people a vernacular Bible and vernacular worship, that through the one, God might speak directly to the people; and in the other, the people might speak directly to God. Luther's Bible and Luther's Hymns gave life not only to the churches of the Reformation, but to German nationality and the German language.Concerning the hymns of Luther the words of several notable writers are on record, and are worthy to be prefixed to the volume of them.Says Spangenberg, yet in Luther's life-time, in his Preface to the Cithara Lutheri, 1545: 'One must certainly let this be true, and remain true, that among all Mastersingers from the days of the Apostles until now, Luther is and always will be the best and most accomplished;