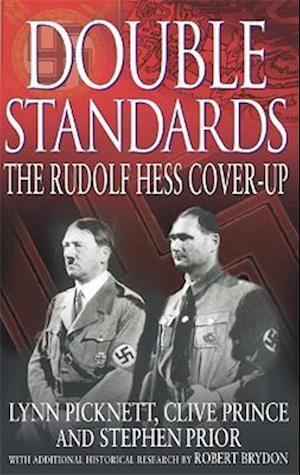 For sixty years there has been an unprecedented cover-up by both the British Establishment and successive generations of historians about the flight of Hitler's Deputy Rudolf Hess to Scotland in May 1941. Long dismissed as the misguided attempt of a madman to make contact with a non-existent British peace party DOUBLE STANDARDS explosively reveals that Hess's peace mission was one of the pivotal events of the twentieth century - and that the Establishment had very good reasons for covering up the truth: the Establishment WAS the peace party that Hess had come to meet. Even more shockingly, the book reveals that members of the Royal Family itself - whose involvement in the Hess affair has been conveniently airbrushed out of history - were at the heart of this group. Based on entirely new material from eyewitnesses, hitherto inaccessible archives and intelligence sources, DOUBLE STANDARDS reveals that Hess's peace mission was of supreme importance. It raises some of the most intriguing questions about the history of the twentieth century. DOUBLE STANDARDS' mission is to answer them.

Forfattere
Bibliotekernes beskrivelse * Explosively revelatory account of the true purpose of Rudolf Hess's doomed flight to Britain in 1941 and its consequences for the 20th century. Section: 16