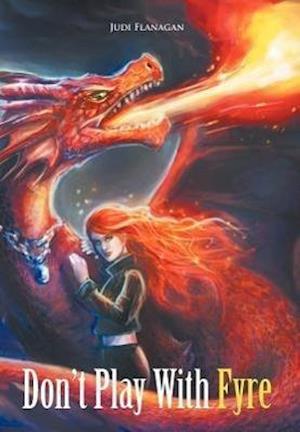 Molly Fyre is becoming an Immortal today, her twentieth birthday. Her benefactor Arnos has decided to send her on a mission to return to him an object, the Krystal of Carolan, that was stolen from the Keeper by Dax, his enemy. A team of Immortal warriors, including her companion of two years, Eric, has been assembled by Arnos to accompany her on her journey. It's a responsibility she shoulders with trepidation and reluctance as she finds out some things about Arnos she didn't know growing up. Molly has aquired some pretty fantastic abilities as a result of her immortality, like being able to conjure fireballs and the ability to read emotions. As they set out on their adventure they encounter various strange creatures and people who challenge their progress. Molly finds out quickly that being the leader is a challenge she both hates and relishes once she realizes that Arnos has ulterior motives, Dax is not the enemy and her true feelings about Eric and family are all that matter. And she can transform into a dragon!