- To Perceive Tragedy Without the Loss of Hope 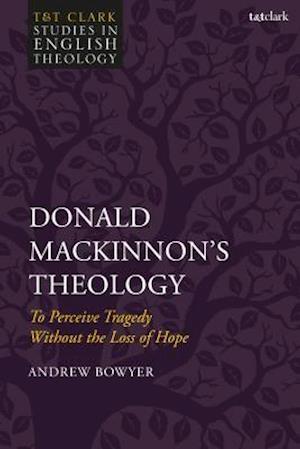 Andrew Bowyer presents the first comprehensive examination of Donald MacKinnon's theology in relation to his moral philosophy. He offers an original and creative reading of MacKinnon's methodology, and important insights into the key influences and core questions which stood at the heart of his work. Bowyer outlines MacKinnon's contributions to Anglican theology in the aftermath of the Second World War, highlighting the "therapeutic" nature of his approach in as far as it combined a call for intense self-awareness with a commitment to moral realism. . As one of the most influential Anglican theologians in the mid-twentieth century, MacKinnon's writings reveal him as a restive and unsystematic thinker. However, Bowyer argues that a series of reoccurring questions - 'obsessions' might better honour the memory of MacKinnon's temperament -appear throughout his work, relating to the tensions between the realism and idealism, the call to be "morally serious", the nature of theological truth claims, and the perennially disruptive presence of Christ. Bowyer examines the key influences on MacKinnon's thought, the centrality of Christology to his project, his engagement with literature and literary criticism, as well as his response to Wittgenstein's later philosophy. This volume offers an appreciation of his contribution and a critique of his legacy.