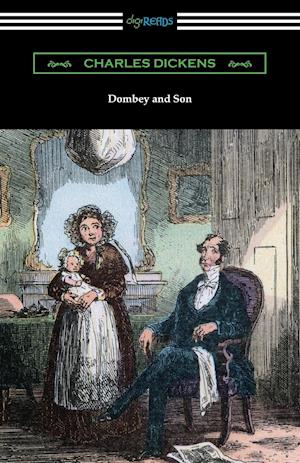 Charles Dickens was an English short story writer, dramatist, essayist, and the most popular novelist to come out of the Victorian era. Many of his novels, with their frequent concern for social reform, were first published in magazines in serial form under the pseudonym, Boz. Unlike authors who completed entire novels before serialization, Dickens often created the episodes as they were being serialized. The continuing popularity of his novels and short stories is such that they have never gone out of print. In “Dombey and Son”, the title character, Mr. Dombey, is a wealthy shipping merchant whose wife dies giving birth to their second child, a long-hoped for son and heir, Paul. The elder child, Florence, being female, is neglected by her father. Paul's health is broken by the rigors of boarding school, which leads to the demise of Mr. Dombey. The Dombey family experiences a series of trials and tribulations and ultimately the family’s reconciliation concludes the book in a typically Dickensian fashion. This edition is printed on premium acid-free paper.