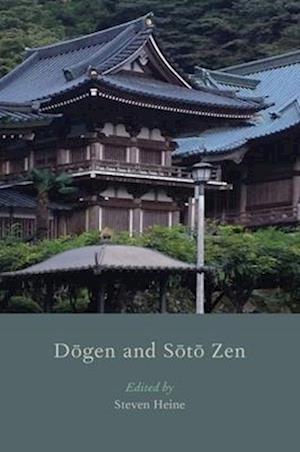 This volume continues the work of a recent collection published in 2012 by Oxford University Press, Dogen: Textual and Historical Studies. It features some of the same outstanding authors as well as some new experts who explore diverse aspects of the life and teachings of Zen master Dogen (1200-1253), the founder of the Soto Zen sect (or Sotoshu) in early Kamakura-era Japan. The contributors examine the ritual and institutional history of the Soto school,including the role of the Eiheji monastery established by Dogen as well as various kinds of rites and precepts performed there and at other temples. Dogen and Soto Zen builds upon and further refines a continuing wave of enthusiastic popular interest and scholarly developments in Western appropriations of Zen. In the last few decades, research in English and European languages on Dogen and Soto Zen has grown, aided by an increasing awareness on both sides of the Pacific of the important influence of the religious movement and its founder. The school has flourished throughout the medieval and early modern periods of Japanesehistory, and it is still spreading and reshaping itself in the current age of globalization.

Forfattere
Bibliotekernes beskrivelse This follow up to Dogen: Textual and Historical Studies (OUP 2012) explores diverse aspects of the life and teachings of Zen master Dogen, the founder of the Soto Zen sect (Sotoshu) in early Kamakura-era Japan. 17 black and white