- The Highs, the Lows and the Laughter from My Fight with MND 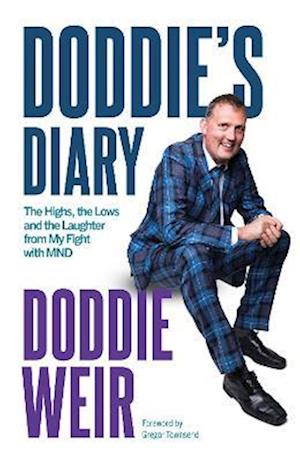 In 2016, Doddie Weir's life - as much-loved sporting hero and Borders farmer - switched direction with the same speed and power this indefatigable No. 5 once displayed on the rugby pitch. Reeling from his own MND diagnosis, Doddie became a standard-bearer for all those valiantly seeking to halt Motor Neuron Disease in its tracks. It's a platform Doddie has unhesitatingly used to the max. 'I never set out to take the lead,' he says. 'It just happened - like MND itself. But we are making a fight of it.' And so he continues to live life at full tilt: as a tireless fundraiser for the My Name'5 Doddie Foundation and as a family man with a debilitating, unpredictable and incurable disease. During these unprecedented times, Doddie has received an OBE, celebrated his 50th birthday, helped pledge close to GBP10 million for MND research and his fellow sufferers - all amid a whirl of golfing challenges, charity cycle rides, book festivals and awards ceremonies . . . Now DODDIE'S DIARY lifts the lid on the highs, the lows, the laughter and the tears of the last few years. Each day shows an astonishing, inspirational man who simply refuses to give in as he brings his down-to-earth positivity and legendary sense of humour to the battle against MND. Just as on the pitch, it's a battle he's determined to win.

Forfattere
Bibliotekernes beskrivelse The inside story of Doddie's five year journey with MND, raising millions for research and getting the most out of life. 8pp colour plate section