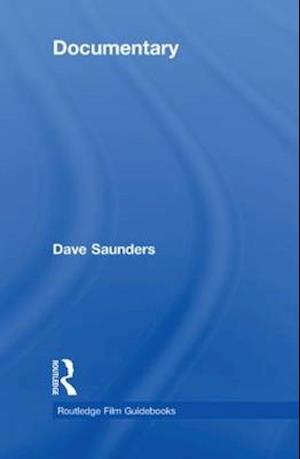 Dave Saunders' spirited introduction to documentary covers its history, cultural context and development, and the approaches, controversies and functions pertaining to non-fiction filmmaking. Saunders examines the many methods by which documentary conveys meaning, whilst exploring its differing societal purposes. After a historical consideration of international documentary production, the author examines the impact of recent technological developments on the production, distribution and viewing of non-fiction. In addition, he explores the increasingly hazy distinctions between factual and dramatic formats, discussing 'reality television', the 'docu-drama', and less orthodox approaches including animated and fantastical representations of reality.Documentary encompasses a broad range of academic discourse around non-fiction filmmaking, introducing readers to the key filmmakers, major scholars, central debates and critical ideas relating to the form. This wide-ranging guidebook features global releases from the 1920s through to 2009, and includes films such as:Nanook of the North (1922)The Man with the Movie Camera (1929)Night Mail (1936)Night and Fog (1955)Primary (1960)Roger and Me (1989)Tarnation (2003)My Winnipeg (2006)Sicko (2007)Waltz With Bashir (2008)Say My Name (2009)Anvil: The Story of Anvil (2009)