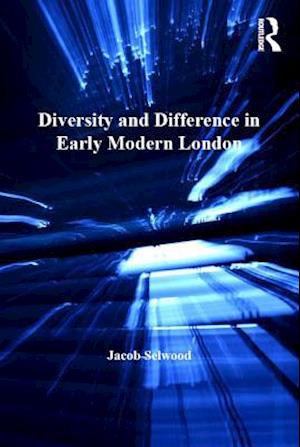 London in the sixteenth and seventeenth centuries was a surprisingly diverse place, home not just to people from throughout the British Isles but to a significant population of French and Dutch immigrants, to travelers and refugees from beyond Europe's borderlands and, from the 1650s, to a growing Jewish community. Yet although we know much about the population of the capital of early modern England, we know little about how Londoners conceived of the many peoples of their own city. Diversity and Difference in Early Modern London seeks to rectify this, addressing the question of how the inhabitants of the metropolis ordered the heterogeneity around them. Rather than relying upon literary or theatrical representations, this study emphasizes day-to-day practice, drawing upon petitions, government records, guild minute books and taxation disputes along with plays and printed texts. It shows how the people of London defined belonging and exclusion in the course of their daily actions, through such prosaic activities as the making and selling of goods, the collection of taxes and the daily give and take of guild politics. This book demonstrates that encounters with heterogeneity predate either imperial expansion or post-colonial immigration. In doing so it offers a perspective of interest both to scholars of the early modern English metropolis and to historians of race, migration, imperialism and the wider Atlantic world. An empirical examination of civic economics, taxation and occupational politics that asks broader questions about multiculturalism and Englishness, this study speaks not just to the history of immigration in London itself, but to the wider debate about evolving notions of national identity in the sixteenth and seventeenth centuries.