- The Impact of the International Criminal Court on African Politics 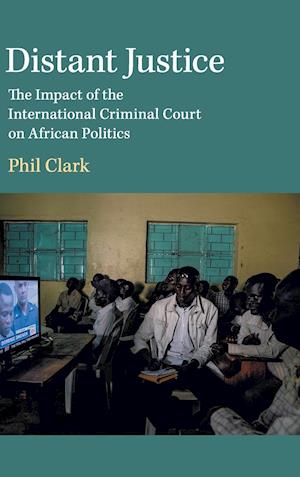 There are a number of controversies surrounding the International Criminal Court (ICC) in Africa. Critics have charged it with neo-colonial meddling in African affairs, accusing it of undermining national sovereignty and domestic attempts to resolve armed conflict. Here, based on 650 interviews over 11 years, Phil Clark critically assesses the politics of the ICC in Uganda and the Democratic Republic of Congo, focusing particularly on the Court's multi-level impact on national politics and the lives of everyday citizens. He explores the ICC's effects on peace negotiations, national elections, domestic judicial reform, amnesty processes, combatant demobilisation and community-level accountability and reconciliation. In attempting to distance itself from African conflict zones geographically, philosophically and procedurally, Clark also reveals that the ICC has become more politicised and damaging to African polities, requiring a substantial rethink of the approaches and ideas that underpin the ICC's practice of distant justice.

Forfattere
Bibliotekernes beskrivelse The International Criminal Court's (ICC) focus on African suspects and societies in its first 16 years of operation has stirred widespread controversy. Based on 650 interviews over 11 years, this book analyses the ICC's regional, national and community-level effects across Africa. Worked examples or Exercises