- The Untold Story of English Cricket 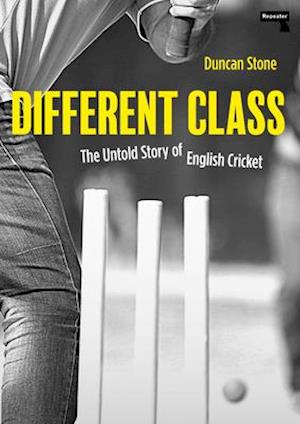 In 1963, the West Indian Marxist C.L.R. James posed the deceptively benign question: "What do they know of cricket, who only cricket know?"A challenge to the public to re-consider cricket and its meaning by placing the game in its true social, political and economic context, James was, all too subtly, attempting to counter the game's orthodox history that, he argued, had played a key role in the formation of national culture. As a consequence, he failed, and the history of cricket in England has retained the same stresses and lineaments as it did a century ago - until now.In examining recreational rather than professional (first-class) cricket, Different Class does not simply challenge the widely accepted orthodoxy of English cricket, it demonstrates how the values and belief systems at its heart were, under the guise of amateurism, intentionally developed in order to divide the English along class lines at every level of the game. If the creation of opposing class-based cricket cultures in the North and South of England grew out of this process, the institutional structures developed by those in charge of English cricket continue to discriminate. But, as much as the exclusion of Black and South Asian cricketers from the recreational mainstream is the most obvious example, it is social class that remains the greatest barrier to participation in what used to be the national game.

Forfatter
Bibliotekernes beskrivelse In telling the story of cricket from the bottom up, Different Class demonstrates how the "quintessentially English" game has done more to divide, rather than unite, the English.