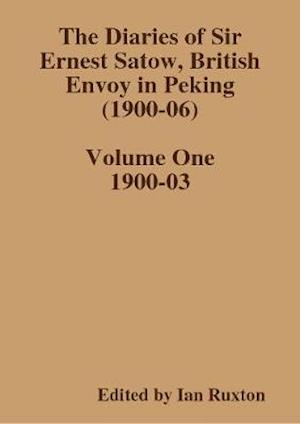 EPUB VERSION The Peking (Beijing) diaries (1900-06) of the great Victorian-Edwardian diplomat Sir Ernest Satow, published for the first time ever on lulu.com, by permission of the National Archives (UK) on behalf of the Controller of Her Majesty's Stationery Office, with an introduction by China expert J.E. Hoare. Satow was Britain's top diplomat in China when he wrote this journal, as he called it. He replaced Sir Claude MacDonald after the Siege of the Peking Legations which occurred during the Boxer Rebellion in 1900, and he observed the Russo-Japanese War (1904-05) from Peking. Volume One of two volumes (total 812 paperback pages). 420 pages in this volume with many footnotes. Sold on all amazon websites. Library of Congress Control No.: 2007369370