indgår i serie The United States in the World 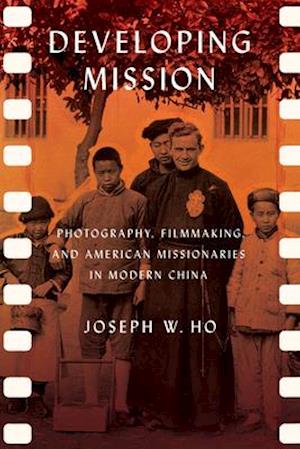 In Developing Mission, Joseph W. Ho offers a transnational cultural history of US and Chinese communities framed by missionary lenses through time and space-tracing the lives and afterlives of images, cameras, and visual imaginations from before the Second Sino-Japanese War through the first years of the People's Republic of China. When American Protestant and Catholic missionaries entered interwar China, they did so with cameras in hand. Missions principally aimed at the conversion of souls and the modernization of East Asia, became, by virtue of the still and moving images recorded, quasi-anthropological ventures that shaped popular understandings of and formal foreign policy toward China. Portable photographic technologies changed the very nature of missionary experience, while images that missionaries circulated between China and the United States affected cross-cultural encounters in times of peace and war. Ho illuminates the centrality of visual practices in the American missionary enterprise in modern China, even as intersecting modernities and changing Sino-US relations radically transformed lives behind and in front of those lenses. In doing so, Developing Mission reconstructs the almost-lost histories of transnational image makers, subjects, and viewers across twentieth-century China and the United States.