- Elites, Civil Society and Reform Since 1800 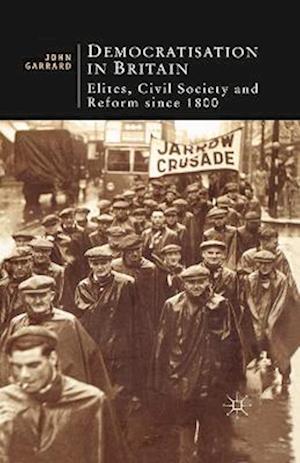 Democratisation in Britain is a novel reinterpretation of British social and political history since 1800 in light of the continuing debate about democratisation. As such, the book goes far beyond standard histories of political reform. In common with the politics in Northern Europe, North America and Australasia, Britain's democratisation began early and in highly favourable circumstances. The process took place in stages, only half-consciously and in the context of a generally benign economic cycle. The country possessed a vibrant civil society at most levels of its adult population, along with a flexible, competitive and opportunistic set of political elites. Partly as a result, the popular expectations and demands released by democratisation were modest and untroublesome. Countries undergoing democratisation since 1918 have been far less fortunate, and the process in thereby much more difficult. Thus this book may be seen as portraying an 'ideal type' against which to compare and contrast these later experiences.Democratisation in Britain combines the disciplines of political science and history, and will be of interest to scholars and students in both fields.