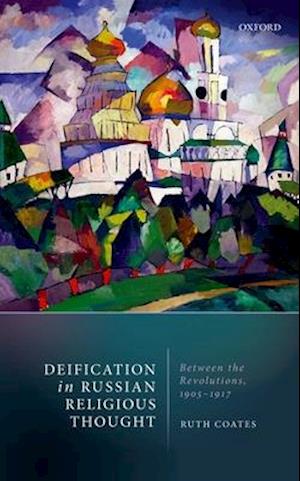 Birds pervaded the ancient world, impressing their physical presence on the daily experience and imaginations of ordinary people and figuring prominently in literature and art. They provided a fertile source of symbols and stories in myths and folklore and were central to the ancient rituals of augury and divination. Jeremy Mynott's Birds in the Ancient World illustrates the many different roles birds played in culture: as indicators of time, weather and the seasons; as a resource for hunting, eating, medicine and farming; as domestic pets and entertainments; and as omens and intermediaries between the gods and humankind.We learn how birds were perceived - through quotations from well over a hundred classical Greek and Roman authors, all of them translated freshly into English, through nearly 100 illustrations from ancient wall-paintings, pottery and mosaics, and through selections from early scientific writings, and many anecdotes and descriptions from works of history, geography and travel.Jeremy Mynott acts as a stimulating guide to this rich and fascinating material, using birds as a prism through which to explore both the similarities and the often surprising differences between ancient conceptions of the natural world and our own. His book is an original contribution to the flourishing interest in the cultural history of birds and to our understanding of the ancient cultures in which birds played such a prominent part.Deification in Russian Religious Thought considers the reception of the Eastern Christian (Orthodox) doctrine of deification by Russian religious thinkers of the immediate pre-revolutionary period. Deification is the metaphor that the Greek patristic tradition came to privilege in its articulation of the Christian concept of salvation: to be saved is to be deified, that is, to share in the divine attribute of immortality. In the Christian narrative of theOrthodox Church 'God became human so that humans might become gods'. Ruth Coates shows that between the revolutions of 1905 and 1917 Russian religious thinkers turned to deification in their search for a commensurate response to the apocalyptic dimension of the universally anticipated destruction of the Russianautocracy and the social and religious order that supported it.Focusing on major works by four prominent thinkers of the Russian Religious Renaissance-Dmitry Merezhkovsky, Nikolai Berdiaev, Sergei Bulgakov, and Pavel Florensky-Coates demonstrates the salience of the deification theme and explores the variety of forms of its expression. She argues that the reception of deification in this period is shaped by the discourse of early Russian cultural modernism, and informed not only by theology, but also by nineteenth-century currents in Russian religiousculture and German philosophy, particularly as these are received by the novelist Fedor Dostoevsky and the philosopher Vladimir Soloviev. In the works that are analysed, deification is taken out of its original theological context and applied respectively to politics, creativity, economics, andasceticism. At the same time, all the thinkers represented in the book view deification as a project: a practice that should deliver the total transformation and immortalisation of human beings, society, culture, and the material universe, and this is what connects them to deification's theological source.

Forfattere
Bibliotekernes beskrivelse Birds played an important role in the ancient world: as indicators of time, weather, and seasons; as a resource for hunting, medicine, and farming; as pets and entertainment; as omens and messengers of the gods. Jeremy Mynott explores the similarities and surprising differences between ancient perceptions of the natural world and our own.A study of the reception of the Eastern Christian Orthodox doctrine of deification by Russian religious thinkers of the immediate pre-revolutionary period.