Defenses Against the Dark Arts

- The Political Education of Harry Potter and His Friends 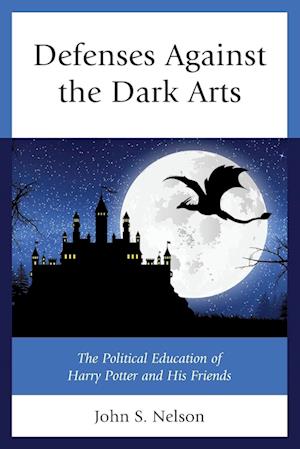 As the publishing sensation of the last half-century, Harry Potter dominates early education in politics. Children, tweens, teens, and adults love it; and most students come to college knowing at least some of it. This dark fantasy analyzes politics in strikingly practical and institutional ways. Like ancient Sophists, modern Machiavellians, and postmodern Nietzscheans, the Potter books treat politics as dark arts and our defenses against them. The Potter saga overflows with drama, humor, and insight into ours as dark times of terrible troubles. These reach from racism, sexism, and specism to fascism, terrorism, autocracy, and worse. Harry and his friends respond with detailed, entertaining takes on many ideologies, movements, and styles of current politics.Defenses Against the Dark Arts argues that Potter performances of magic show us how and why to leap into political action. This includes the high politics of governments and elections, and especially the everyday politics of families, schools, businesses, media, and popular cultures. It explores Potter versions of idealism, realism, feminism, and environmentalism. It clarifies Potter accounts of bureaucracy, nationalism, and patronage. And it analyzes Potter resistance through existentialism and anarchism. The emphasis is on learning to face and defend against dark arts in dark times.