- The Fight to Stave Off a Catastophic Event 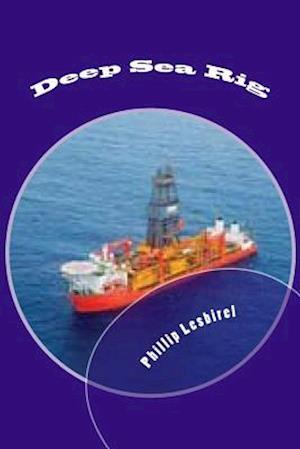 Drill site A34 was a Deep Sea rig, situated on the North West Shelf of Western Australia. All samples and seismic indications showed good quantities of both oil and gas at 7 klm down and production was ordered immediately. But during test drilling a vapor was seen to escape the Well, and immediately the deck hands started to fall sick, some worse than others. Geoff Masters teamed up with a roustabout Darren Grimsby and camp geologist and camp doctor, Gayle Anderson to find a cure for the men and a method to kill the Bacterium. The Bacterium was found to be a prehistoric bacteria usually found on shellfish and similar to modern day bacteria but this Bacterium was vicious and appeared to have a voracious apatite and a group mental capacity. The area started to have seismic events and the drill ship was swallowed up by a massive mud volcano. It became obvious the group Bacterium was controlling the mud and the seismic events and it became apparent the Western coast surrounding the drill ship was about to fall into the ocean causing the largest Tsunami the world had seen in 100,000 years. It was a race against time to find a way to kill the Bacterium and save the West Coast of Western Australia.