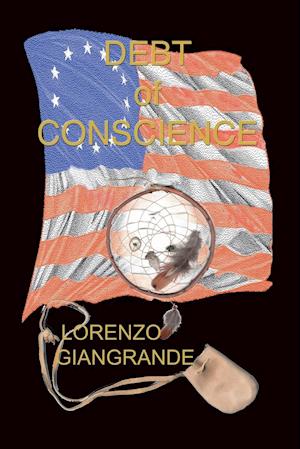 President of the United States, Robert LePage, is amid his bid for re-election when he is faced with the greatest challenge in the history of this nation; the fulfillment of the prophecy by the great Shawnee Warrior and Prophet, Tecumseh, that will return their nation to the Native Americans. The nearly five hundred Nations of Native Americans have forged themselves into a single, galvanized, body politic becoming the National Coalition of Native American Nations. In an unprecedented litigation, the United States Supreme Court must hear compelling evidence alleging the United States of America was formed with real estate acquired through fraudulent and illegal means. The potential consequence threatens the very fabric of the mightiest nation on the planet. The stability of the United States Government becomes suspect and the country is facing political, social, and economic disaster. When the situation seems to be at its worst, catastrophe strikes. It is discovered that, through a deliberate act of terrorism, the North American Great Lakes are receding and their very existence is in jeopardy. The St. Lawrence Seaway is forced to close and the Federal Authorities of both Canada and the United States haven't a clue where the water has gone! The mysterious and unlikely link between these threatening issues lie beneath the arid, desert wasteland, north of Los Alamos, New Mexico. The global economic role of the Saint Lawrence Seaway System and the shameful plight of America's natives have been cleverly woven together in an original tale of intrigue and suspense. Built upon a foundation of historical and scientific fact, Debt of Conscience provides a riveting insight into two of North America's best kept secrets.