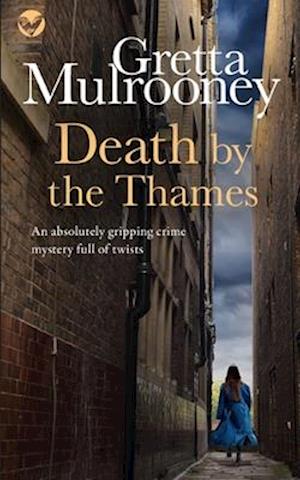 Looking for your next unputdownable mystery? Meet Detective Tyrone Swift. He takes the cases that the police have given up on.

One woman desperate for answers.

Respectable, dull Sam Goddard is found dead in the River Thames the evening before his wedding, with a fifteen-year-old girl. They were both sedated. Sam left a note: So sorry to do this to you . . .

The investigation concludes they must have been in a relationship and taken their own lives. As far as the police are concerned, it's case closed.

But Sam's bride-to-be Toni refuses to believe this.

Desperate to uncover the truth, she turns to Detective Tyrone Swift for answers.

But is she prepared for the killer secrets he's about to unearth?

Death by the Thames is a seamlessly crafted, twisty crime thriller that will have you gripped from start to pulsating finish.

WHAT READERS ARE SAYING ABOUT DEATH BY THE THAMES:

¿¿¿¿¿ "When the opportunity arose to read Death by the Thames by Gretta Mulrooney, it was grabbed by both hands. A superb character along with equally superb story lines and an additional cast. Highly recommended." Iain Mc.

¿¿¿¿¿ "Ty is a great protagonist who leaps from the page, the dialogue is never forced or unrealistic . . . I thoroughly enjoyed this book and recommended it unreservedly." Tracy W.

¿¿¿¿¿ "I found it insidiously addictive. The best is saved for the denouement. I must admit that I didn't see most of it coming. There were plenty of surprises." Elaine T.

Tyrone Swift is an ex-police detective who now works privately. He's survived a stabbing and his fiancée running off with another man. Swift's personal life is complicated, to say the least.

Book 9: DEATH BY THE THAMES