Death and the Author

- How D. H. Lawrence Died, and Was Remembered 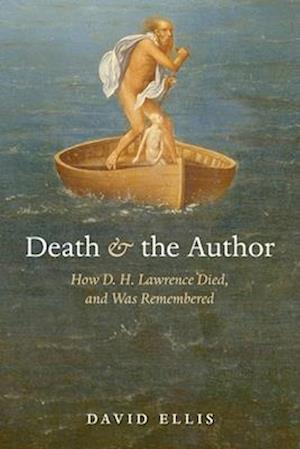 At the heart of Death and the Author is a dramatic account of D. H. Lawrence's desperate struggle against tuberculosis during his last days, and of certain, often bizarre events which followed his death. Around this narrative David Ellis offers a series of reflections about what it is like to have a disease for which there is no cure, the appeal of alternative medicine, the temptation of suicide for the terminally ill, the diminishing role of religion inmodern life, the institution of famous last words, the consequences of dying intestate, and so on. These are clearly not the most immediately appealing of topics but they have an obvious significance for everyone and the treatment of them here is by no means lugubrious (even if, in the nature of the case, mostof the jokes fall into the category of gallows humour). Lawrence is the main focus throughout but there are extended references to a number of other famous literary consumptives such as Keats, Katherine Mansfield, Kafka, Chekhov, and George Orwell. Not a long book, Death and the author is divided into three parts called `Dying', `Death' and `Remembrance' and is made up of twenty-two short sections. Although it incorporates a good deal of original material, the annotation has been keptdeliberately light. The aim has been to combine the drama of events - a good story - with a consideration of matters which must eventually concern us all, and to present the material in a lively and accessible form.

Forfattere
Bibliotekernes beskrivelse Organised around a dramatic account of D. H. Lawrence's desperate struggle against tuberculosis, and of the bizarre events which followed his death, this book offers a series of often grimly humorous reflections on death and dying. Lawrence is the main focus throughout but there are references to a number of other famous literary consumptives. black-and-white frontispiece