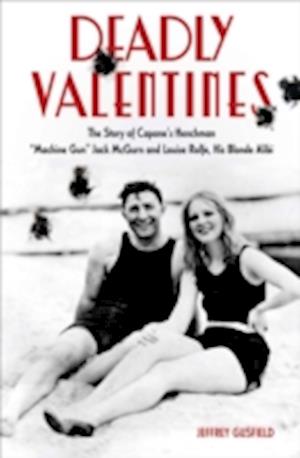 “An engrossing look inside Al Capone's murderous ranks.” –Kirkus Almost before the gunsmoke from the St. Valentine's Day Massacre cleared, Chicago police had a suspect: “Machine Gun” Jack McGurn. They just couldn't find him. But two weeks later police found McGurn and his paramour, Louise May Rolfe, holed up at the Stevens Hotel. Both claimed they were in bed on the morning of the shootings, a titillating alibi that grabbed the public's attention and never let go. Chicago Valentines is one of the most outrageous stories of the Capone era, a twin biography of a couple who defined the extremes and excesses of the Prohibition era in America. McGurn was a prizefighter, professional-level golfer, and the ultimate urban predator and hit man who put the iron in Al Capone's muscle. Rolfe, a beautiful blond dancer and libertine, was the epitome of fashion, rebellion, and wild abandon in a decade that shocked and roared. Every newspaper in the country followed their ongoing story. They were the most spellbinding subject of the new jazz subculture, an unforgettable duo who grabbed headlines and defined the exciting gangland world of 1920s Chicago. The story of Jack McGurn and Louise Rolfe, two lovers caught in history's spotlight, is more fascinating than any fiction. They were the prototypes for eighty years of gangster literature and cinema, representing a time that never loses its allure. Jeffrey Gusfield, a native Chicagoan, researched the history of Jack McGurn, Louise Rolfe, and the Capone years for more than four decades.