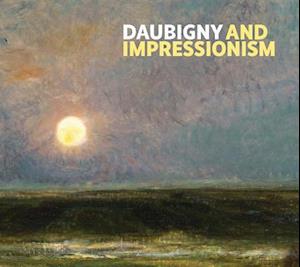 Known today for his atmospheric views of the river Oise, Charles Francois Daubigny was a pioneer of modern landscape painting and an important precursor of French Impressionism. Although commercially highly successful he was often criticised for his broad, sketch-like handling and unembellished view of nature, and was dubbed the leader of 'the school of the impression'. As a result he drew the attention of the next generation of artists, among them Claude Monet and Vincent van Gogh, who were inspired by Daubigny's frank naturalism, bold compositions and technical innovations. Theirs was an artistic dialogue which spanned thirty years, from the early 1860s to the end of Van Gogh's short life.

Forfattere
Bibliotekernes beskrivelse Focus on the work of Charles Francois Daubigny, and his influence on the next generation of impressionists. 22 colour