Dao of Civilization: a Letter to China 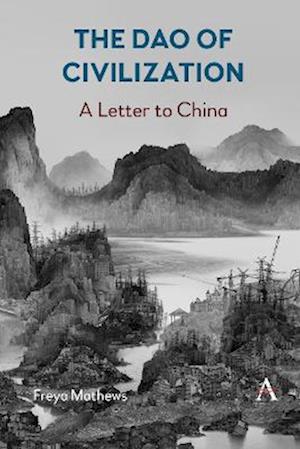 The book sets out a prospectus for a new form of civilization patterned at every level to serve and sustain the biosphere. Starting with the deep philosophical flaw at the core of modernity, namely that the cosmos is devoid of ends of its own, it posits, as an alternative axis for civilization, that the cosmos indeed actively seeks its own existence, and that its self-realization is moreover internally structured via an impulse, amongst finite things, towards co-generativity. Termed 'Dao' in ancient China and often coded as Law in Indigenous and First Nations cultures, this innate template is here taken as a first principle for economic production in contemporary societies: basic modes of economic production must transition from antagonistic to synergistic - to a specifically biological form of synergy which involves not merely the imitation of natural systems but active collaboration with them. The fact that this first principle is so philosophically alien to the Western mind-set while yet finding strong resonances with Chinese tradition, might encourage China, as an emerging great power, to lead the world in crafting a contemporary form of civilization that is true to Dao.